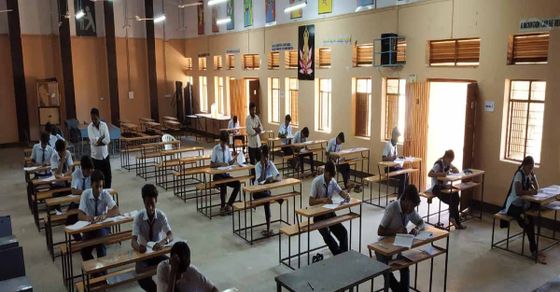 CBSE Result for Term 1 exam is likely in first half of January itself.

Central Board of Secondary Education, CBSE Class 10, 12 Term 1 Result 2022 are expected to be released soon after the end of the board examinations. Class 10 Term 1 board exams have already ended. As for Class 12, a few vocational subject examinations are still pending and scheduled to end by December 29. Meanwhile, the board has started collecting the internal examination data and collating the results. Here are 5 important things students ought to know about their term 1 result.

As for when would the result be released, the board has not shared any dates. Schools were informed that the marks of the students and results would be shared soon after completion. Experts are expecting CBSE to announce the results in 10 days’ time, by January 10, 2022. The board, however, is yet to make an announcement. Here are important points students ought to know about their result.

1. No student to be ‘failed’. CBSE would not be failing any student at this point. All students would only be given the marks that they have received in the term 1 examination. Pass or fail would be awarded based on overall performance of the child in Term 1 and Term 2 combined.

2. Term 1 would hold a minimum 50% weightage in the final CBSE Class 10, 12 Result 2022 – the ratio in which it would be used, however, depends on the mode of the Term 2 examination. The result calculation formula would be shared by the board in due course of time.

4. Students who have missed the examination would not be given any average marks at the time. Instead, they would be marked absent for Term 1. In the final result, however, how the students would be awarded marks is not clear. Some experts have suggested that CBSE is likely to give students marks based on their performance in Term 2 plus the internal marks awarded to them. This, however, is not clear as yet and final decision would be taken by the board.

5. CBSE Mark sheet for Term 1 examination is not likely to be shared by the board as yet. It is expected that the board would only release the result for the students and share the final marksheet after Term 2 examination.

As for the Term 2 examination, the board is expected to conduct the subjective examination – conditions remaining conducive, in the month of April and May. The examination – if conducted subjective, would be of 2 hours duration and would include MCQ based questions as well as long form and case study based questions. Only Term 2 Syllabus would be included in the April- May examination. Date sheet for the April examination is likely only by end of January or early February 2022.