*No chapter/unit-wise weightage. Care to be taken to cover all the chapters. 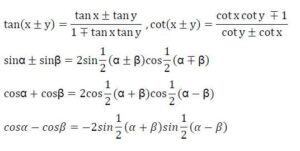 Brief recall of two dimensional geometry from earlier classes. Slope of a line and angle between two lines. Various forms of equations of a line: parallel to axis, point -slope form, slope-intercept form, two-point form, intercept form and normal form. General equation of a line. Distance of a point from a line.

Coordinate axes and coordinate planes in three dimensions. Coordinates of a point. Distance between two points and section formula.

There will be no overall choice in the question paper. However, 33% internal choices will be given in all the sections