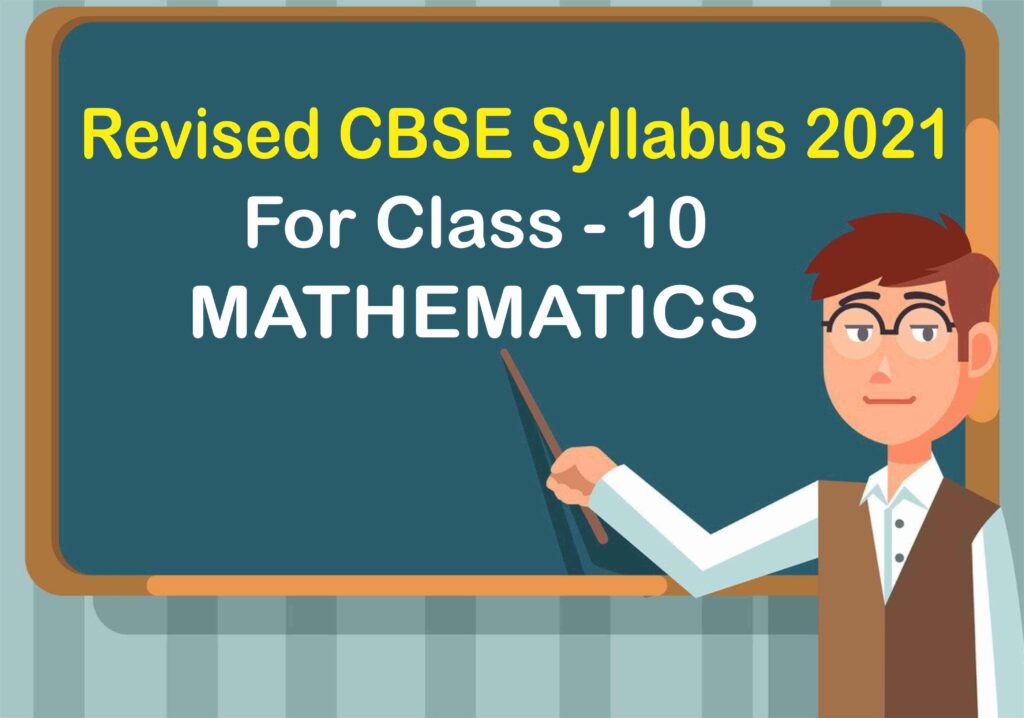 Fundamental Theorem of Arithmetic – statements after reviewing work done earlier and after illustrating and motivating through examples, Proofs of irrationality of   Decimal representation of rational numbers interms of terminating/non-terminating recurring decimals.

Zeros of a polynomial. Relationship between zeros and coefficients of quadratic polynomials.

Pair  of  linear  equations  in   two   variables   and   graphical   method   of their  solution, consistency/inconsistency.

Algebraic conditions for number of solutions. Solution of a pair of linear equations in two variables algebraically – by substitution, by elimination. Simple situational problems. Simple problems on equations reducible to linear equations.

Motivation for studying Arithmetic Progression Derivation of the nth term and sum of the first n terms of A.P.

Proof and applications of the identity sin2A + cos2A = 1. Only  simple identities to be  given.

Simple problems on heights and distances. Problems should not involve more than two right triangles. Angles of elevation / depression should be only 30°, 45°, 60°.

Motivate the area of a circle; area of sectors and segments  of a circle. Problems based  on areas and perimeter / circumference of the above said plane figures. (In calculating area of segment of a circle, problems should  be  restricted to central angle of 60°and  90° only. Plane figures involving triangles, simple quadrilaterals and circle should be taken.)

Mean, median and mode of grouped  data  (bimodal  situation and step deviation method  for finding the mean to be avoided).

Classical definition of probability. Simple problems on finding the probability  of  an event.